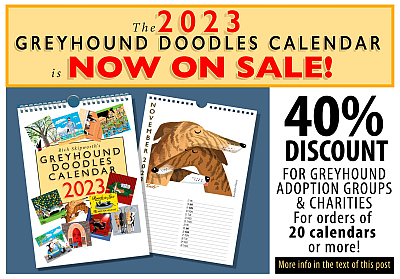 If you like Richard Skipworth's doodles, then his 2023 calendar is on sale. If you need one with squares big enough to write appointments etc, like me, then it's not big enough. 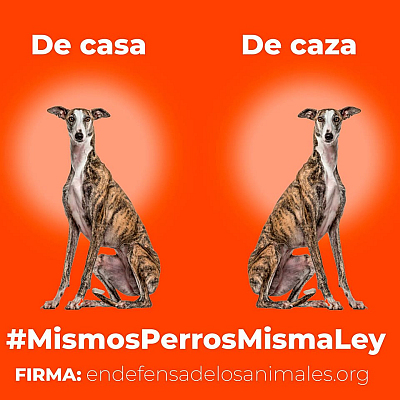 The Spanish government wants to exclude hunting dogs from the new animal protection laws.
Please speak out for the abused hunting dogs of Spain. They are the very same dogs as pet dogs! The same sentient beings who deserve to be cared for and who have rights to a good life. They need to be protected by the same laws.

Find the 7 differences! If you don't see any, it's because THERE ARE NONE.

Let it be heard loud and clear: SAME DOGS, SAME LAW. It couldn't be more obvious!

Beryl Brennan on 03 October 2022 in Campaign, In the media, Regional news | Permalink | Comments (0)

WE ARE ASKING FOR HELP!

He was beaten in a village because he was looking for food, Seprona arrived, picked him up and took him to Imusa - another hell for Rosario's dogs. Transport urgently needed to get him out of there and to a vet.

Rosario is in Fuerteventura, Las Palmas Province, Canary Islands - not many rescue associations there!!

If you can transport send WhatsApp to (Spain)

Beryl Brennan on 01 October 2022 in Campaign, In the media, Regional news | Permalink | Comments (0)

Fighting for the hunting dogs of Spain

Dogs used in hunting are not second-hand dogs

The lawyer specializing in Animal Law, Dulce Aguilera, explains in this short video the reasons why hunting dogs should not be excluded from the Animal Protection Act. Conducts an excellent legal exposition that is also full of common sense. She is one of the biggest legal advocates of greyhounds, podencos, and in general all dogs intended for hunting (also obviously of other animals). We recommend your viewing.

Gal From Galgos del Sur, we ask the PSOE of Pedro Sanchez not to exclude hunting dogs from the future Animal Protection, Rights and Welfare Act.

To avoid this, we will use all the measures that are within our reach and provided by the legal order. Listen to our lawyer Dulce Aguilera from the office of Justice- Animals & Environment

Video link - I hope you can see it, sadly no English translation.

Beryl Brennan on 30 September 2022 in Campaign, In the media, Regional news | Permalink | Comments (0)

Dogs see the world through their noses It's especially important to let blind dogs sniff as that is how they find their way around. 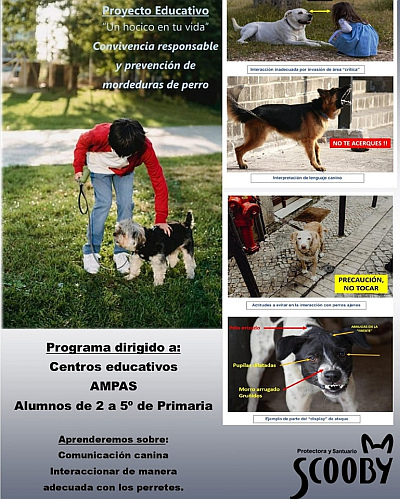 'We are launching educational project. Targeted at school centres and AMPAS, we will work on the importance of properly relating to our dogs and understanding how they "talk" to us, fundamental to bite prevention. Call or write and we'll give you more information.'

The 12 photos for the Galgos 112 2023 calendar have now been chosen and the calendar itself will be on sale shortly. I'll be posting details as soon as it's available to order. Galga Betsy looking for a foster/adoption home in Barcelona 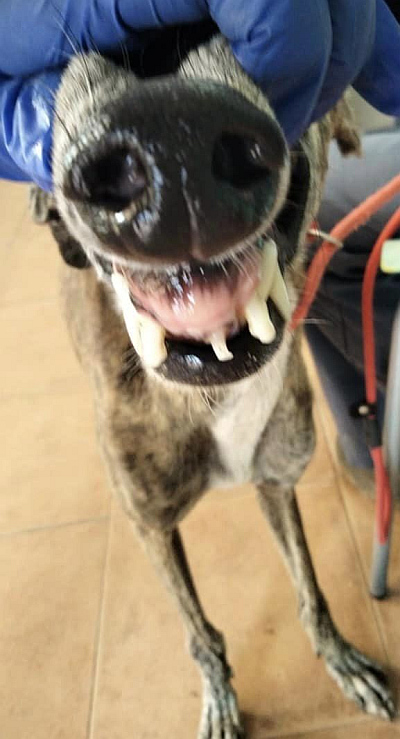 A galga in a sorry state now safe with Galgos 112.

This is Betsy. She arrived at Galgos 112 in such bad conditions that she was directly admitted to the veterinary clinic. Betsy had a fever and passed out. Had a severe eye infection, was very thin and had anaemia. She was also tested for the usual diseases. The vet calculated her about 10 years but it's a guess. She has virtually no teeth and without them it’s almost impossible to get her age right.

We have got two news about her: one good and one bad.

The good news is that she is recovering well and still on medication and has been discharged!.

The bad thing is that we don't have a foster home for her so we've had to rehome her and even though they are well cared for there, it's not the same as being in a home, especially for a gal like Betsy who is already of a respectable age. And we would also like that, because of her eye problem, they could also see her at IVO in Barcelona.

So people of Barcelona and vicinity we need you! Betsy needs you guys! 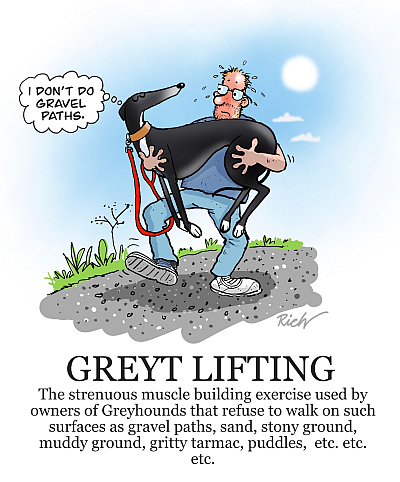