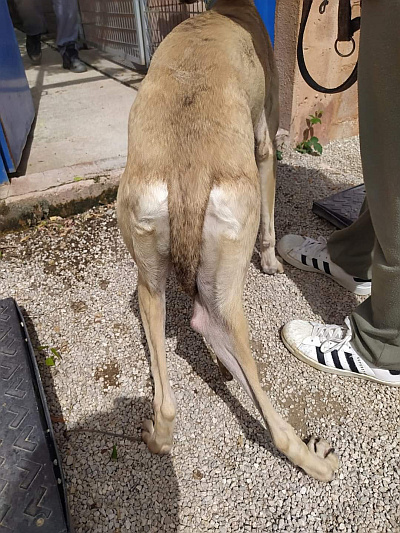 Greyhounds In Need support several rescue associations in Spain, as detailed in their regular newsletters. However here's a story of an appeal from a UK rescue to which they responded.

'We recently were asked for our help from a small charity in Devon, Hearts 4 Dogs, who were raising funds to help 3 galgos. One, Roma, needed an urgent operation on her back leg. We were pleased to be able to offer some funding to Sue and her team and have just heard that Roma is recovering well from her operation and plans are being made to bring her, Trianna, and puppy Alma, to the UK in July.'

'A few days ago Greyhounds In Need (GIN) were made aware of our need to raise emergency funds for Roma and her operation. They were also told that unfortunately because of lack of funding we were unable to take the two other galgos that were in the Perrera with her. They have now been taken on by another rescue , we are glad to say.

GIN said they would like to help support us and we are happy to announce that because of their very generous donation along with the money we are raising we have managed to reserve two more precious souls to come over on the same transport as Roma.
Let me introduce you to Trianna and baby Alma,found alone in the countryside, covered in tics and fleas and very hungry.

Please check out Greyhounds in Need. They do a tremendous amount of work supporting other rescues in the plight of the galgos in Spain and sighthounds in the UK.

Thank you so much.

NB Just my own opinion, but I do wish that associations in the UK such as Hearts 4 Paws would take dogs for homing which are already in a shelter, which then leaves space for a perrera rescued dog. Protectora Scooby, for example, have hundreds of galgos waiting for forever homes, many rescued from perreras. GIN takes galgos already in shelters. 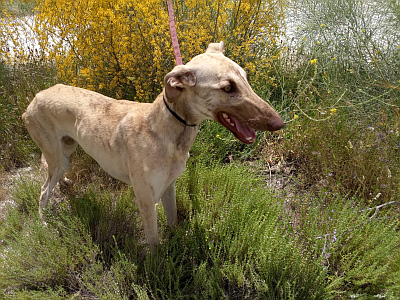 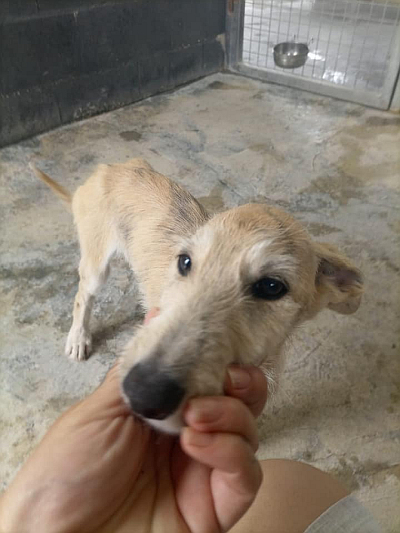 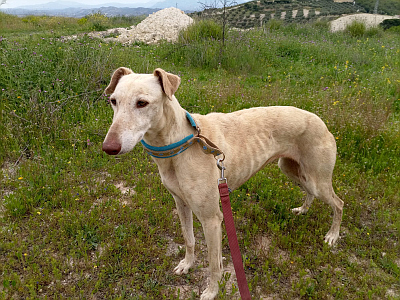 Beryl Brennan on 13 June 2022 in In the media, Regional news | Permalink

This is only a preview. Your comment has not yet been posted.

The letters and numbers you entered did not match the image. Please try again.

As a final step before posting your comment, enter the letters and numbers you see in the image below. This prevents automated programs from posting comments.

Having trouble reading this image? View an alternate.

Comments are moderated, and will not appear until the author has approved them.

(Name and email address are required. Email address will not be displayed with the comment.)