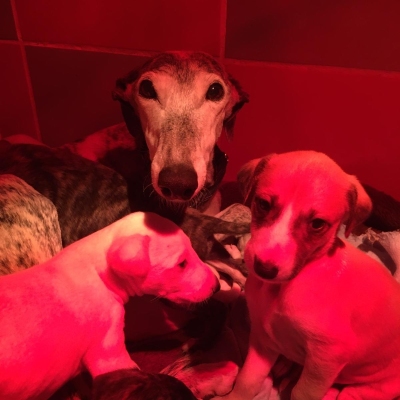 Protectora Scooby have sent out a very interesting Christmas newsletter by email. As it is a Word document and I have to use Notepad for my posts on my blogs, here is a resume here for you all.

In 2021 they rescued around 700 dogs and homed 500 with adopters in Europe. They are also receiving more adoption enquiries now from families in Spin,, many enquiring about the smaller breeds and cross breeds so quite a welcome change in attitude to pet ownership in Spain.

The Scooby Foundation was launched which means they can appeal for company sponsorship. So it puts the chance of dog or cat food, medicinal supplies o building materials at a better price within their reach. The monthly bill for animal medicines along is 5,000 euros.

In 2022 they are planning on working to establish a more regular income. Being a foundation also means they can accept tax efficient donations from Supporters in Spain. If you would like your donations to become tax deductable, contact refugio@scoobymedina.org to learn what to do.

A new hospital is now open in Valladolid which is open to the public as well as being used by Scooby shelter residents. The small vet team can perform all sorts of operations and procedures. There is an x-ray machine, an echograph and a new blood analyser.

Amongst their rescues was a abandoned pregnant galga with a bad limp, whom they named Ophelia. Her labour became a medical emergency and she gave birth to 11 puppies of which 7 survived. She's now going through her surgeries at the hospital to aid her recovery.

Several new saved galgos which have been hit by vehicles are having orthopaedic surgeries in the new hospital.

A change this year is there is less hare coursing with galgos. It is linked to the prevalence of myxomatosis amongst hares, rather than anything to do with COVID. The galgueros say it means less hunting this season so fewer galgos being bred and discarded. The Scooby team are reserving judgement on this as the annual King's Coursing Cup happens at the end of January.

There has been snow in Valladolid so Ophelia and the pups have a heat lamp in their 'bedroom'.

Beryl Brennan on 06 January 2022 in Fund raising, In the media, Regional news | Permalink