« Please sign and share for the laboratory dogs | Main | Criminology, law and prosecution in the galgo world - Yo Galgo & Fundacion Benjamin Mehnert »

A sad time for galgo Bracken 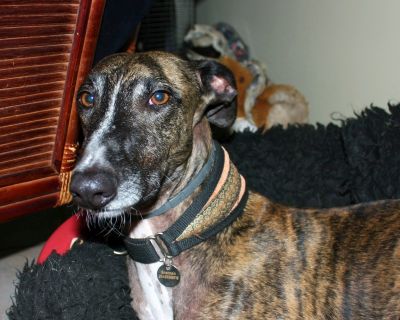 Eleven years ago galgo Bracken came to us as a foster from Tina Solera at Galgos del Sol. We took him to a lovely home in the UK where he joined their adopted tripod greyhound. Sadly some months later the lady of the house was diagnosed with bone cancer and the consultant advised that the sighthounds be returned. My OH had wanted to adopt Bracken himself so, no more ado, he got in the car and drove to the UK, collected Bracken and brought him home to us. He's been a wonderful companion, as they all have been, joining the gang and especially loving the fun with his best buddy Polar.

Over the last 4 years he has said farewell to French lurcher Floyd, galgas Sahara and Carmela, then inJvanuary we moved to live in the UK, bringing Bracken, Polar and Bebe. In April this year he said farewell to Polar, from lymphoma, leaving just himself and little Podenca Bebe, 18 years old.

A couple of weeks ago Bracken became ill and struggled to eat croquettes in his meals. Last week he started coughing up mucous. He has now had an endoscopy, showing a tumour in his lungs which is bleeding. So he is on palliative care until such time as we have to make the ultimate decision.

Please keep him in your thoughts.

Photos below show him with galga Greta, a foster from 112carlotagalgoa who was adopted by Owen and Annie in the UK.
Relaxing with David in the electric chair!
With his bestest buddy Polar
With Floyd
With Polar, Carmela and Bebe 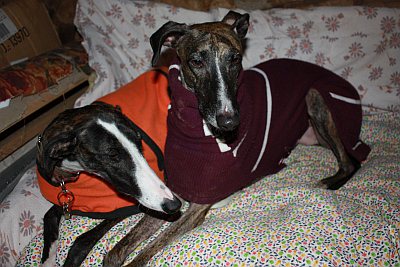 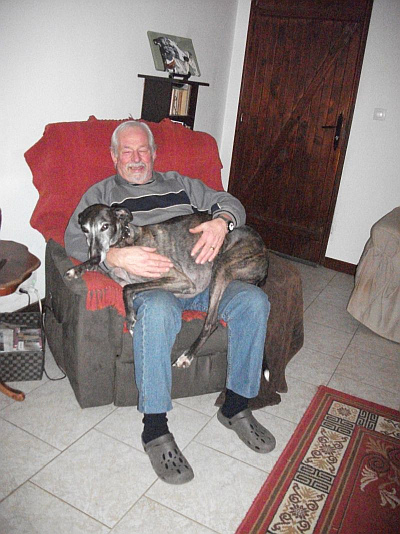 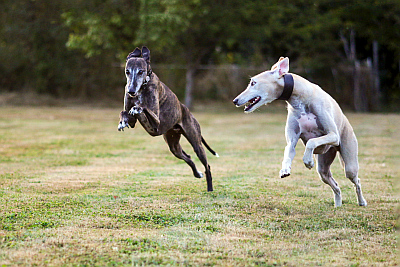 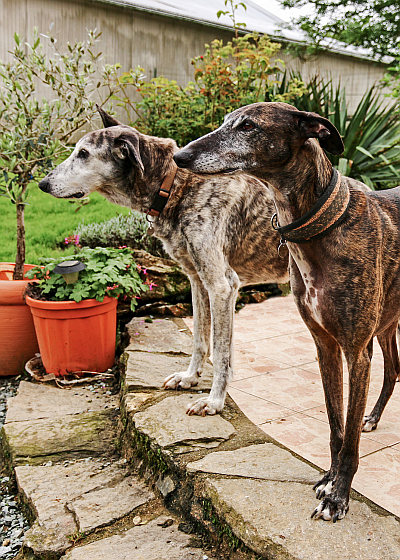