Yo Galgo - podcast with 112carlotagalgos 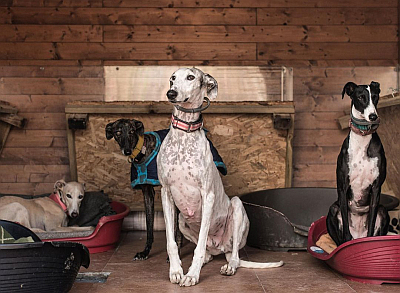 Today we launch the first episode of our podcast.

In this conversation, I talk with Carlota from 112CarlotaGalgos, a shelter in Malaga, Spain, full of love, understanding, and friends. This content is free, but you will have to subscribe to https://www.moonleaks.org/podcast-1/ to listen to it, that is the best way to protect the opinions of those working within activist groups as social media can be really hard to those that dare to talk. Thanks, Carlota, and thanks to all of you who sent questions too, I hope we could answer some of them. 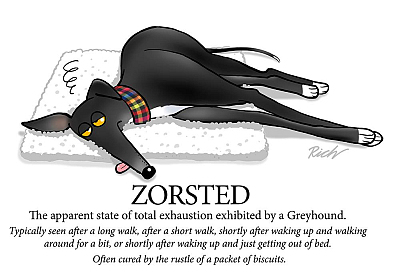 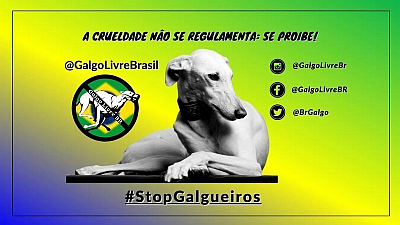 On March 13, 2019, Bill # pl1441de2019 was filed with the Federal Chamber of Deputies, which "prohibits competitive races with dogs or similar activities of the same nature throughout the national territory" ’

This means one of the most significant advances in animal protection, and the ONLY one to date for GALGOS.

We are very grateful to Ricardo Izar, Weliton Prado and Frank Alarcón who welcomed the anguished pleas of greyhounds and greyhounds that are cruelly exploited by the galgueiros in their speed to obtain a cash profit.

Until today, no one was fighting for a law to prohibit barbarism resulting from what "running dog owners" called sports for "athletes by nature".

They, the galgueiros, are not disturbed when they put muzzles on the females, hold them between 03 or 04, up to five men, and commit acts of rape with a male dog that they call a breeder.

Continue reading "Help the Galgos of Brazil - sign the petition" »

Galga Gina - back with Galgos Rescue Almeria after her operation 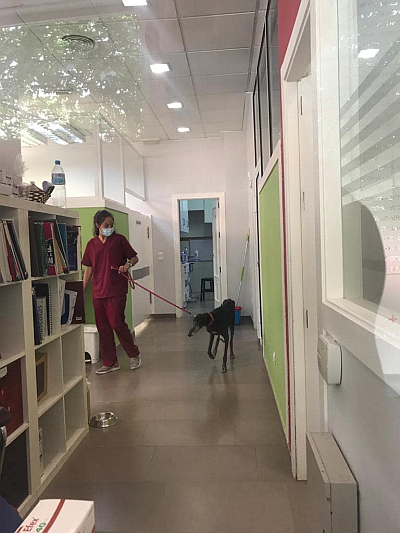 From Sandy Galgoslover - please donate to the vet fees as Galgos Rescue Almeria is a small shelter with several dogs on medication for leishmania, and Sandy and John always put the dogs' medical care first.

'Our old lady is back home. We picked up Gina from the traumatologist. The surgery went well, now she has to recover and rest a lot.

Next week a check up to see how the wound has healed and within 6 weeks new X-rays will be made to see if the fracture has sutured correctly.

You still can support Gina by donating through the fundraising below or PayPal : Galgosrescuealmeria@gmail.com https://gofund.me/6663ca5e

Another example of the horrendous cruelty so many Spanish hounds suffer 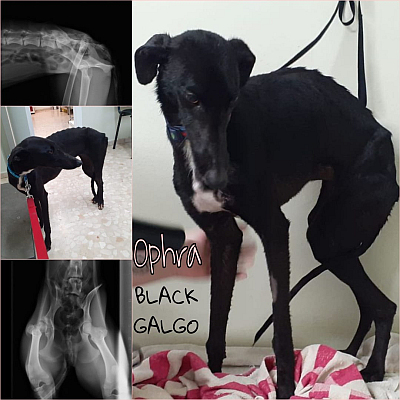 Black Galgo recently had Ophra arrive in their care.

OPHRA is this chocolate black cutie just two years old, which appeared wandering around the vicinity of our residence recently, and presents a complicated painting that needed surgery. This adorable squish has a deformation of the neck and head of the femur and should have an operation with excision arthroplasty. With this operation we will save her paw, the pain will disappear and she will be able to make a normal life with rehabilitation and much pampering. Hopefully the operation will have saved the leg from amputation.

I've asked for an update 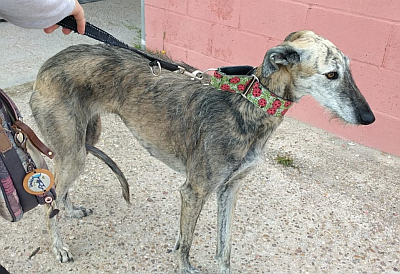 From Scooby. Look at these beauties, rough haired galgas, not so common.

These two little girls have been left by their owner in the shelter. For serious health reasons, he could no longer take care of them.

Of course they are still a little scared, but they are both very good, sociable and loving ☺️.

Does anyone want to give them a home?

To adopt or request more info, please send an email to internationaladoptions@scoobymedina.org
Chip ...411394 (with red and green collar)
Chip... 147028 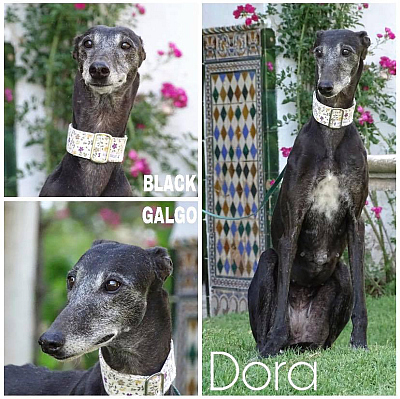 This sweet galga deserves to spend the rest of her life knowing a comfy bed, loving caresses and good food every day.

Over 10 years Dora had to wait to regain her freedom, life and know love. 10 years with a story of brutality, like so many other grandmothers forced to breed year after year...

Dora is sweet, serene, elegant, will live happily with other dogs, walks perfectly and is healthy...Her only flaw? having arrived late in the world of the living... she has come to us at almost 10 years old.

We are all a little selfish in love, who would surrender their heart to someone who by law of life will not accompany you many years? We're looking for that person who wants to fall in love with Dora, the years she has left without thinking about how many but how happy they will be.

SOS Rescue - an horrendous case of ticks - how to treat it

Not sure why Typepad have closed comments on the above story as I only published it a couple of days ago, and on my system it says comments are 'open'. Will take it up with them.

Alison has kindly written to say that a good way of removing a lot of ticks is Listerine with alcohol (amber colour) or wrap carefully in ta;e and carefully remove - the lack of oxygen kills them.

Thanks for that, Alison.

We used to get ticks on our horses in France, and got rid of them with a dab of white spirit on cotton wool. Worked well and didn't affect the horses. 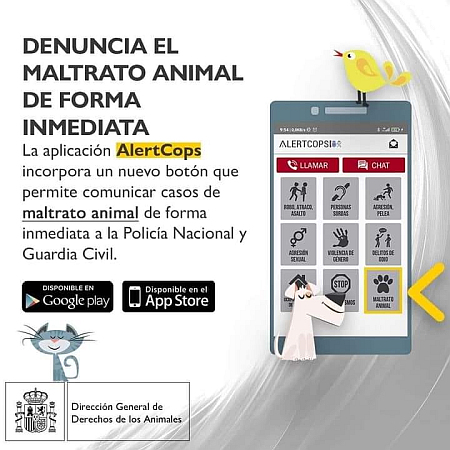 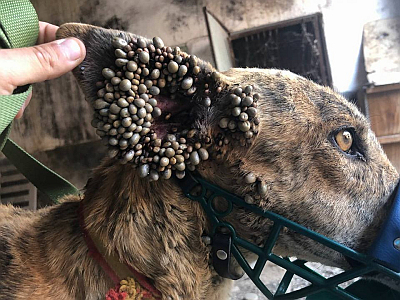 I've seen some nasty photos of ticks on galgos and podencos over the years of writing my blogs, but this must be the worst. Luckily the galgo is with SOS Rescue, I've asked what they use to remove so many bloodsuckers and if the dod is anaemic.

SOS Rescue says 'Another urgent rescue. This is unacceptable and this is the state of greyhounds in Spain. Eaten by ticks. We need your help. Going straight to the vet and residence.

HELP US AND JOIN TO HELP FOR 1 EURO PER MONTH!!! www.teaming.net/sosrescue-vicentecerverolopez Please help, the Rescue due a marvellous job.