« Galga Missy with Dogs of Portugal - no more living on the end of a chain! | Main | 38 galgos saved by Protectora Scooby this weekend »

February 1st - Day of the Galgo 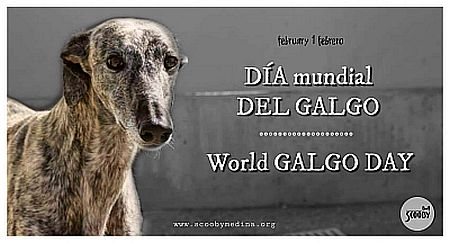 But on February 1 our voices, representing the greyhounds, sound higher and clearer than ever to explain to everyone that, in the 1st century, is still used by most galgueros as a mere tool of Work, as a thing that when it ruins, does not fulfill its function, or it is no longer profitable, throw and buy a new.

The end that awaits a greyhound who stops being profitable for his owner is, in the best of cases, abandonment, since in many places in Spain are still hanged, they are killed or thrown alive To Wells.

Thousands of greyhounds are born every year to replace the thousands who are discarded until when?

Beryl Brennan on 01 February 2020 in Campaign, In the media, Regional news | Permalink