« How long can you leave your dog alone? | Main | Galga Missy with Dogs of Portugal - no more living on the end of a chain! »

Argentina - 2 galgos dumped in a well - starving and dehydrated! 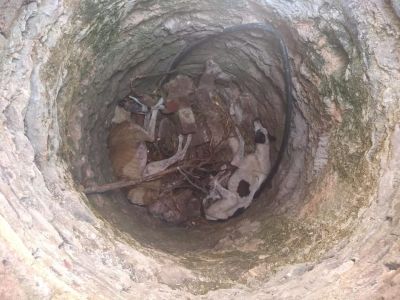 This news is from the association Unión Protección Animal Olavarría.

'We went for them to look for them after a call from the police and there we found 2 Mobiles taking care of these poor animals that were discarded as trash in a cistern of about 3 MTS or more were covered with branches and the cistern with some badges To die discarded as a current currency, the police called the firefighters who went to take them out, there they were put in the shade and hydrated until we arrived in the organization with the girls of crao who offered veterinary care and food because they know we are overcrowded with dogs and debts.

The Police helped us move the galgos to vet of the silver where we were waiting. Diego who attended them first as always doing everything necessary to save these hungry galguitos and in total abandonment, one thing is to hear and another is to see it, fills us really with sadness, impotence and anger that a human being can do so much cruelty with a being so helpless. 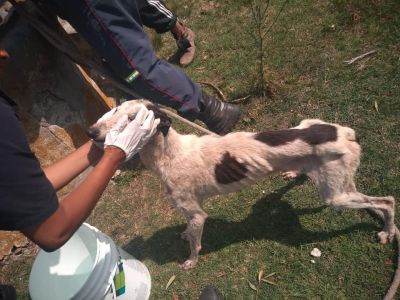 The images show the state of the galgos. They made the quick test for distemper, luckily god Negative.

We want to infinitely thank the police group who gave us notice and took care of them and moved them to the vetetinaria. The fire group that rescued them from that hole, To the girls of CRAO for attending the vetetinaria.

The galgos are now in care where they have chance to recover.

They are recovering slowly, they are strong, they deserve the best and are getting all the attention in the veterinary clinic under the care of Diego, Patry and Cande. Little by little they are recovering from their starving state, dehydration, malnutrition and wounds not only in the body but also in heart. They know that they will never return to the street. The galga has a kidney problem but it is being treated and medicated, the galgo is much better. Eventually they will be looking for a family to adopt them. 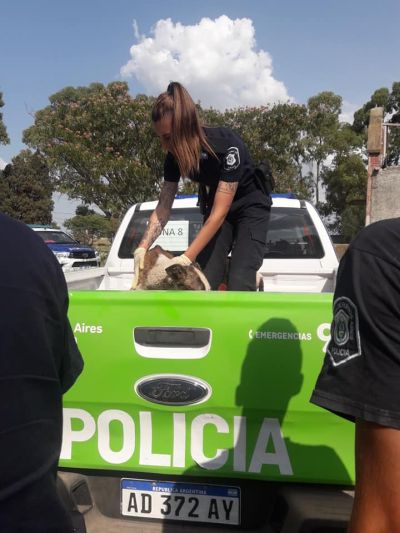 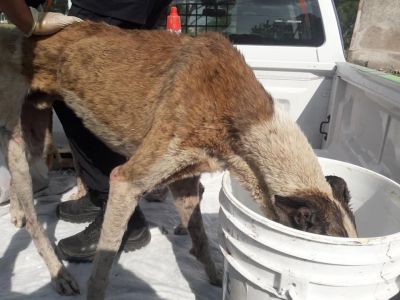 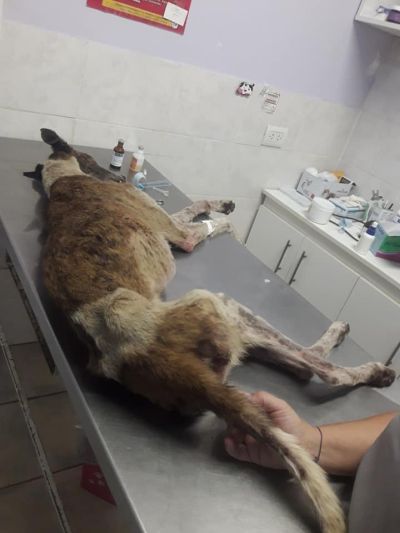 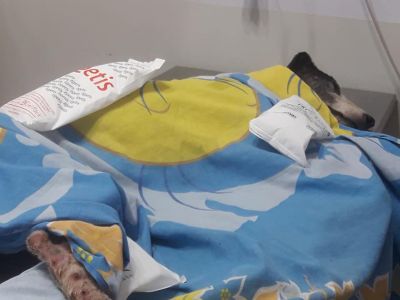 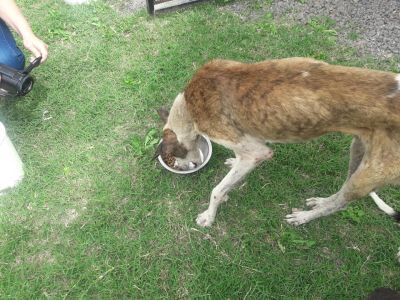 Beryl Brennan on 27 January 2020 in In the media, Regional news | Permalink