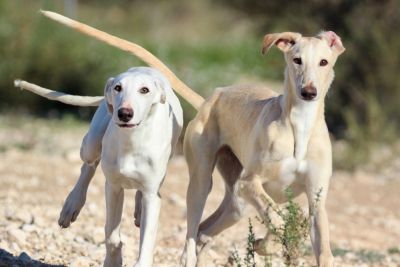 From Bev Farmer. I had the pleasure of meeting her friend Janette when I visited Bev a few years ago. This is what happened during one of the worst storms to hit Andalucia. Sadly storms are still forecast to hit the region.

'Just before the big storms hit us in Spain Janette Lopez was contacted by a local perrera 7 galgos and a Podenco had been handed in by a Galguero and could she help .. Her rescue is mainly local adoptions of family type dogs and she doesn't get much interest in sighthounds. So she asked me if I could team up with her and help with them .. No problem Janette ....

Then a couple of days later I was asked if we could help with a galga who had just given birth in a disused finca surround by rubbish. 3 pups had already died and it was a matter of urgency to get them to safety .. I had no space here to take them so Janette took them. At the time it seemed all manageable, 15 dogs. Then disaster struck and one of the worst Gota Frias recorded in the region hit .. Janette's rescue was badly flooded and a lot of damage. On top of that she took in 27 dogs displaced because of the storms plus a couple of goats and to date only a couple of people have come forward to claim them.

This was not the time for me going over taking photos and vidoes of the dogs Janette and her team had enough to deal with .. So we never got round to posting about them .. A few days ago 5 of the Galgos left for the USA and now the six galgo pups are here at the finca. Janette and her team did a great job with them and now I am spending time training them, getting them to walk on a lead and some basic obedience and general socialisation. The good news all six pups are adopted/reserved and will be leaving in the new year.

However we have a large bill at our vets for the 15 dogs who all needed to be vaccinated, microchipped, passports, blood tested and the adults spayed /castrated and so will be doing a fund raiser to help clear some of the bill .. I can not tell you how difficult it was the following weeks after the storms and only now is Janette getting back to some level of normality.

It been a lot of pressure and worry for both of us but at last we we can see the light at the end of the tunnel .. So here are the 6 pups Saguny, Plencia, Coralline (females) Marino, Calvin, Wordon (males) enjoying their time out in the paddocks at the finca .. These pups would have never survived they were located in an area where the storms hit. I will always be grateful to Janette for agreeing to take them in. 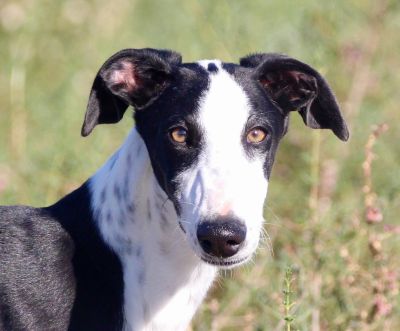 Beryl Brennan on 19 December 2019 in Fund raising, In the media, Regional news | Permalink