10 reasons to adopt a galgo

I know the video says 'greyhounds' but the same applies to galgos - 10 reasons to adopt a galgo!

List of galgo rescue and rehoming associations (let me know of any which need adding!)

Walking in Spain for the homeless hounds

'This is to show you that although I live in a hunting area, hunting with galgos and podencos, and the abuse they suffer is not condoned by all people in the town. This photo is of a group of ladies that put on a catwalk show to highlight some of the abandoned dogs found in Campillos, and other dogs needing homes. I am 3rd from the left with Mattei, and Suerte is in the centre. Both have gone on to find loving and forever homes.

So please when you see graphic photos of abused dogs in Spain please take into account that many, many individual Spanish people, charities and groups are trying to help the situation, and they go unnoticed.

Thank you. Ann and the dogs 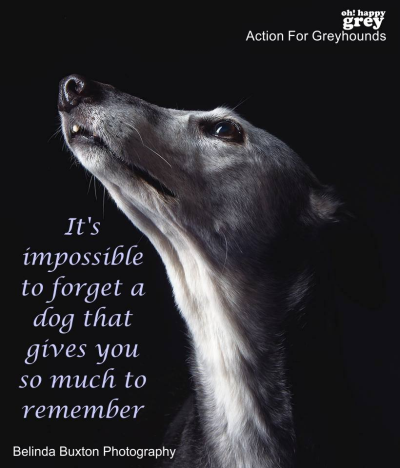 Three young siblings galgos (two boys and a girl) picked up in Salamanca.

They have some wounds, but they are not serious, so in a few days they will have healed, like those wounds that are not seen, those of abandonment wounds, which will heal as soon as they find a family that give them all love they deserve.

Euthanasia - when is it the right time? 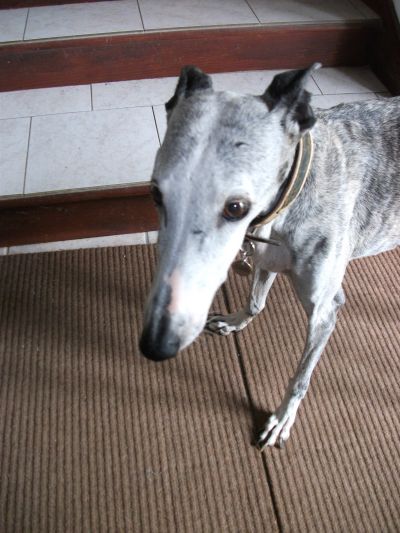 Regular readers will know that occasionally I publish links to article in the Whole Dog Journal, when I find the subject matter interesting or thought provoking. Recently a piece came in on the subject of euthanazie - when is the right time and as my galga Carmela has started to suffer from dementia, I read up some more. Links to a couple of articles are below.

It is over 10 years since Carmela came into my life, during one of my many trips into Spain with L'Europe des Levriers to bring back podencos and galgos for homing in France. She had been rescued from a perrera and showed many signs of having been badly treated by her galguero, mostly in mental fear. She gradually gained in confidence living alongside my outgoing very friendly galga Sahara - who sadly was pts when riddled with cancer. No longer living in the shadow of Sahara, Carmela became a lively happy galga, a joy to behold.

Continue reading "Euthanasia - when is it the right time?" »

Beryl Brennan on 19 September 2019 in Advice, In the media, Regional news | Permalink | Comments (2) 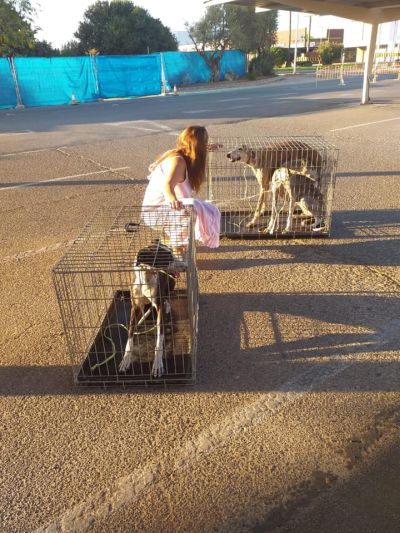 'The outcasts of the outcasts in the world of hunting - They call them Regalgos in Andalusia and
Perrigalgos in Castilla.

They are mongrels whose father or mother is a galgo and they are the ones no one notices. Galgos are easy to place, as more and more people realise what wonderful companions they can be in family. Podencos, although still problematic to place, usually have a size that facilitates their adoption.

But what about this new category of mix breeds?

Hunting with galgos in Spain - hell on earth for galgos!

There are those who think that the abuse of galgos is a thing of the past. This galgo has appeared in Jódar, Jaén.

In the areas where there are galgos the hunters and galgueros call this practice "put them to play the piano".

Who is able to give death to a helpless animal as we can call him? What could we do with all these bastards who do this? Inhumans. These bastards should be controlled by the Civil Guard, such as the hunting license and mandatory to carry GPS Locator. And give the power to the Seprona to force its owners to allow mandatory identification even within properties.

Beryl Brennan on 15 September 2019 in Campaign, In the media, Regional news | Permalink | Comments (0)

Galgo puppy dumped on the bring of death What cruel people there are in the world! Some undesirable person abandoned this baby galgo at the brink of death.

On Wednesday, almost at twelve o'clock at night, the Local Police of Salamanca called us to go pick up a puppy that someone had left on a sidewalk inside a bag urgently. The little one was very sick, he had a lot of diarrhea that was just blood, he didn't have the strength or even to lift his head and he was very dehydrated, he was just bones and skin. Even so, we decided to fight for him and do everything possible to save his life, no matter how hopeful it was for him to survive, we had to try doing all for him.
He spent the night hospitalized receiving all the necessary care, but unfortunately it was too late and his little heart, tired of so much suffering, stopped beating.

Rest in peace little angel, where you are now there are no bad people, and nobody will make you suffer again

Continue reading "Galgo puppy dumped on the bring of death" »

Spain today - the horror for galgos goes on!

Hunting in Spain has only just started!!

Beaten to death and thrown into a well.
That has been the sad end of four galgos in Badajoz.
And no, It is not news of 20 or 30 years ago, it is news today.

Link to the news: https://bit.ly/2kdWLsW

Beryl Brennan on 13 September 2019 in Campaign, In the media, Regional news | Permalink | Comments (2) 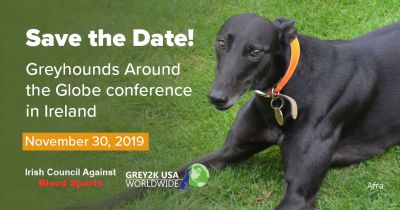 If you are interested in the Greyhounds Around The Globe conference in Ireland on 30 November 2019, the details are here.

The Irish Council Against Blood Sports and GREY2K USA Worldwide invite you to attend the second Greyhounds Around the Globe conference in Dublin on November 30, 2019!

Come and meet leading voices in greyhound advocacy and adoption from across the world, all on one day, all in one place. Lunch will be hosted by a well-known television actress and speakers will include lawmakers and non-profit leaders from multiple countries.

Beryl Brennan on 08 September 2019 in Campaign, In the media, Regional news | Permalink | Comments (0)