« A Portrait of your much loved pet in Mosaic? | Main | Galgo Arkos update »

Scooby to the rescue of galgos again!

From Cobie at Scooby Residencia Valladolit. THROWN FROM A VAN!

After falling from the vehicle the poor creature was hit by another car.

This happened in Salamanca, and we have no words to describe how angry such abhorrent cruelty makes us feel. We wonder what kind of ruthless people-people lacking any compassion-we are surrounded by.

Fortunately some residents saw what happened and notified the police.They picked up the galga, who-besides being absolutely terrified-only sustained some blows to her body and various bruises in an incident that could've resulted in more serious injuries. They were able to catch and take her to a vet and she miraculously survived with only a nasty fright.

She is ok, stable and is being taken care of by our veterinarians, who will be observing her to make sure that the apparently superficial injuries are really just that. 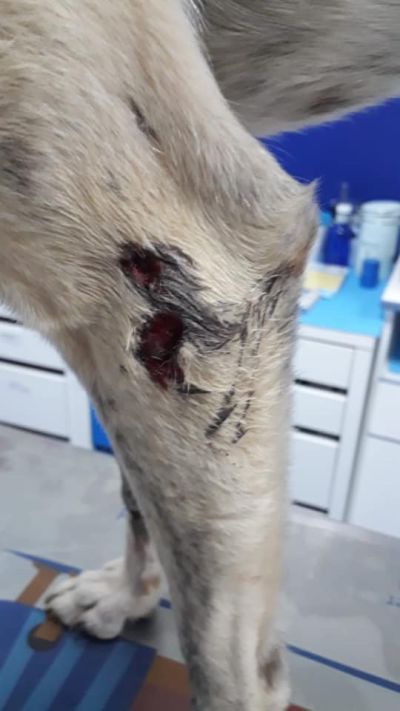